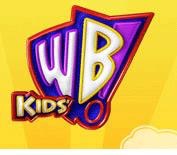 Kids’ WB was an Australian hosted television programme currently hosted by Lauren Phillips and Shane Crawford, which premiered on Nine Network on 16 September 2006. It is based on the US television block of the same name with the addition of hosted content, which was absent in its American counterpart. It was originally hosted by Georgia Sinclair and Shura Taft. The show is a television block which airs on weekend mornings and weekday afternoons, mainly consisting of cartoons and locally hosted variety-style segments, filmed at GTV-9 in Melbourne, and occasionally on location at Warner Bros. Movie World in Queensland. The show does not air over December and January.

In July 2013, the hosts travelled to Los Angeles, broadcasting from Warner Bros. studios in Burbank, California.

Kids' WB celebrated the 75th anniversary of Batman on 23 July 2014 with a Batman-themed day.

2015 saw the show celebrate its 10th anniversary year, with the hosts visiting Los Angeles in July to represent Australia in the international Razor Cart Championships. The 2015 season also featured classic episodes of Looney Tunes which hadn’t aired on Nine since 1992.

Retrieved from "https://kidswb.fandom.com/wiki/Kids%27_WB_Australia?oldid=7101"
Community content is available under CC-BY-SA unless otherwise noted.